If you grew up in the 1970s or had an appreciation for old school television shows, chances are you may have heard of Redd Foxx. Foxx was known for playing Fred Sanford in the popular sitcom “Sanford and Son”. Foxx was also known for being one of the greatest comedic actors of all time. His jokes are guaranteed to leave you in stitches for a long time. But there was one possible joke he told about “sticking around” long after he was gone. The question is: was he joking or did he live up to what he said after his untimely passing in 1991. Around the final years of his life, Foxx owned a home in Las Vegas. And it is considered to be a popular “off the Strip” tourist location, particularly by fans of his.

But is the place haunted? Is it worth the paranormal fanatic’s time to check this place out? We will find out soon enough. Before that, we will briefly discuss the life and times of one of the most recognized African American entertainers that have ever graced the television sets of ages past.

Who Was Redd Foxx? 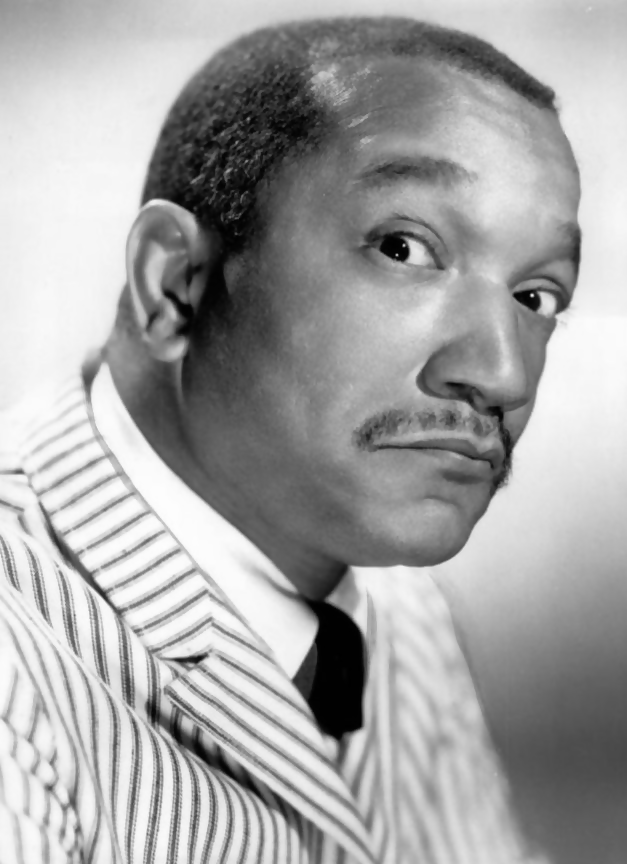 Redd Foxx was born John Elroy Sanford on December 9, 1922, in St. Louis, Missouri. His family later relocated to Chicago where he spent his childhood years in the South Side region of the city. His father was an electrician who originated from Kentucky. His mother, a native of Mississippi, was of Seminole descent. Foxx began his entertainment career in 1939 when he was a cast member of a radio program known as the Major Bowes Amateur Hour. He was one of the members of the group known as the Jump Swinging Six. Throughout the 1940s, Foxx crossed paths with Malcolm Little. Little’s nickname for Foxx was “Chicago Red” because of Foxx’s reddish hair. This nickname was likely the inspiration behind Foxx’s eventual stage name. Little, of course, would later be known as Malcolm X, one of the more well-known figures in the Civil Rights Movement.

Early Years As An Entertainer

As World War II broke out, Foxx improvised a plan that would lead him to dodge the draft. He managed to eat half a bar of soap before his pre-service physical. As a result, he experienced heart palpitations. Because of them, Foxx was medically disqualified from service. In the late 1940s, Foxx began recording as a musician. He released five songs while he was contracted under the Savoy Records label.

By the late 1940s, he was in nightclubs and performed comedic acts that seemed to be considered raunchy at times. At that point in time, it was pretty much unheard of. During one of his acts, singer Dinah Washington witnessed Foxx’s comedic abilities and was able to convince him to travel to Los Angeles to perform. In the 1950s, Foxx became one of the first African American entertainers to present in front of a white audience. His most notable performances with a white audience was on the Las Vegas strip. 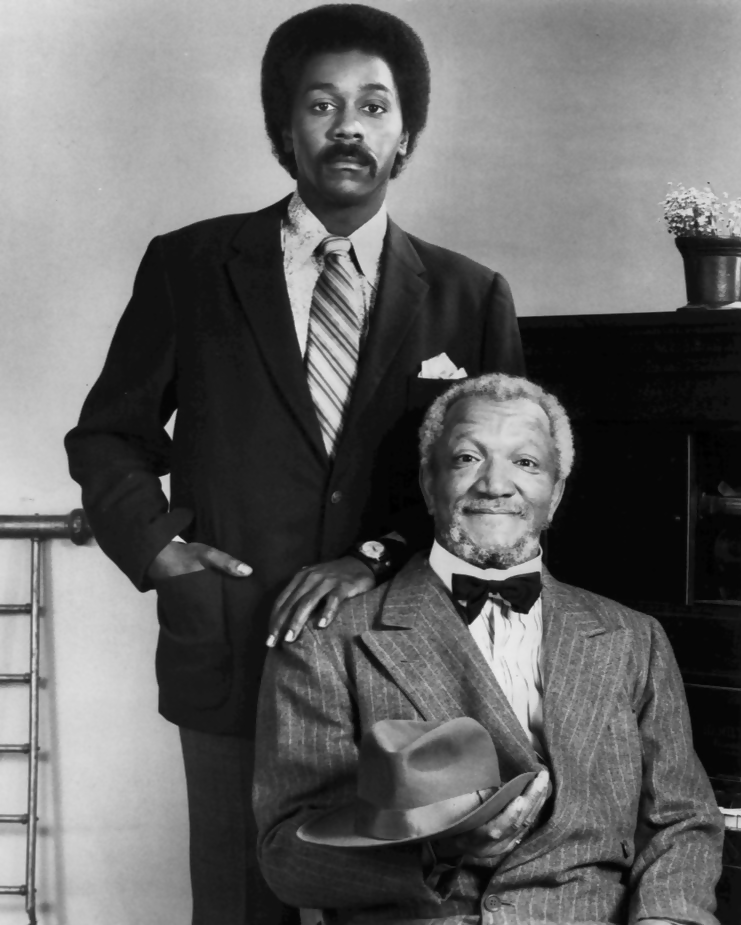 Throughout the 1960s, Foxx continued to perform stand up comedy. He managed to appear in a few films throughout the decade. However, it was in 1972 when Foxx went from appearing on stage to appearing on television. He was cast as Fred Sanford (named after his father and older brother) in the television show “Sanford and Son”. Working alongside Foxx was Demond Wilson, who played Fred’s son Lamont. The show’s narrative was centered around Fred Sanford and his son owning a junkyard in the Watts neighborhood of Los Angeles.

The show aired on NBC and was considered to be the alternative to “All In The Family”, which aired on CBS. Incidentally, the latter’s creator, Norman Lear, was said to have a hand in giving “Sanford and Son” the greenlight. Foxx’s Fred Sanford character was known for being a curmudgeon and was seen as similar to Archie Bunker in All In The Family. The show itself revolutionized racial comedy and changed the game for comedy shows that featured predominantly African-American characters.

One of Foxx’s notable acts as Sanford was often delivering lines like “You big dummy” while he was angry at Lamont. However, he was also known for faking heart attacks and saying lines like “This is the big one, honey. Elizabeth, I’m coming home.” The show would stay on the air for another five years. The final season aired in 1976 and the show ended the following year.

Career After Sanford And Son 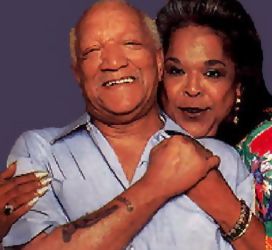 Though the show ended in 1977, it wouldn’t have been long until Foxx reprised his Fred Sanford character in an ABC TV Series “Sanford”. Unfortunately, the show was short-lived and ultimately got canceled by the end of 1980. Six years later, he starred in “The Redd Foxx Show”, which was also short-lived after about 12 episodes. Throughout much of the 1980s, Foxx’s career seemed to have reached a grinding halt. That was until 1989 when he was cast to play a role in the film “Harlem Nights” starting Eddie Murphy. As the movie was a rousing success, it would have appeared that Foxx’s career may have had a new life.

Two years later, Murphy had started producing sitcoms that featured mostly black cast members. One of them as known as “The Royal Family”. The show focused around a mail carrier in Atlanta named Alphonse Royal, played by Foxx. His wife was played by singer and actress Della Reese.

While rehearsing for an episode of “The Royal Family”, Foxx collapsed after wrapping up a scene with Reese. As he was known for faking heart attacks, it was assumed that it was Foxx performing his usual act while playing as Fred Sanford. While Reese realized that Foxx was not getting up, she rushed over to Foxx. His final words were “get my wife”. Foxx later died of a heart attack at the age of 68. 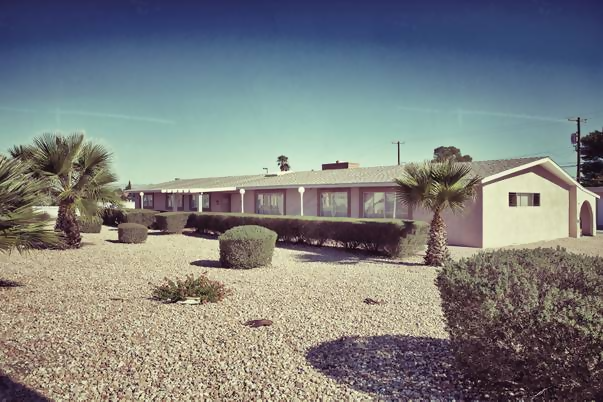 While Redd Foxx was a fixture in the Las Vegas scene throughout his career. At the height of his fame, Foxx purchased a house near the area of Eastern and Hacienda. As Foxx’s career took a turn for the worse in the 1980s, he was facing some financial issues of his own. Specifically, he owned thousands of dollars in taxes. The home was seized in 1989 by the IRS, thus leading Foxx to make a return to the big screen in “Harlem Nights” and later “The Royal Family”. Around the time of Foxx’s passing, he was said to have owed nearly $4 million in taxes.

The death of Redd Foxx may have been brought on by the stresses of dealing with his financial struggles and trying to make a comeback on his terms. Considering that he was in his late 60s, a comeback seemed like it was an uphill battle. The home was later purchased in the early 1990s as part of a tax sale. The home was owned by Jesse Garron, who was one of the many Elvis impersonators trying to make it big in Las Vegas. Garron and his uncle resided in the home for a short time. One of the main reasons why they left might have been quite obvious. Garron claimed to have felt cold spots in some parts of the house. He also claimed some other ghostly presences like doors randomly opening and closing. Also, he would see lights turn on or off automatically without anyone manning the switch.

It was said that Garron had hired a medium to figure out what was going on. Not surprisingly, it would have appeared that the paranormal activity was indeed linked to the spirit of Redd Foxx. The medium believed that Foxx’s spirit was quite angry about the changes made to the home. Of course, Foxx did lose the home two years before his death. To many paranormal fanatics that now know the story, it should come as no surprise.

Today, Redd Foxx’s old home has now been converted into a real estate office. Even then, Foxx is still up to his old tricks playing pranks on the employees of the office.

Redd Foxx may still be living at his beloved Las Vegas home, no matter who the living occupants are. While it might be a place of business, don’t be surprised if you ever hear stories about the paranormal activity that may take place even if you’re passing through.