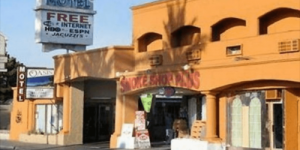 Las Vegas is known for its many casinos, hotels, motels, and everything in between. But how many of those places are actually haunted? Or better yet, how many hotels or motels have guests that have checked in only to stay put for pretty much all of eternity? Yes, the Oasis Motel might be one of the places where guests might have overstayed their welcome long after they have checked out. More specifically, if you end up in Room 20 you might just be sharing a room with a few spirits. Before we get to the stories of the hauntings of Room 20 and the Oasis Motel, we will briefly discuss the history of the Oasis Motel and some of their famous guests. Some of them are probably those that tend to haunt the place to this day. 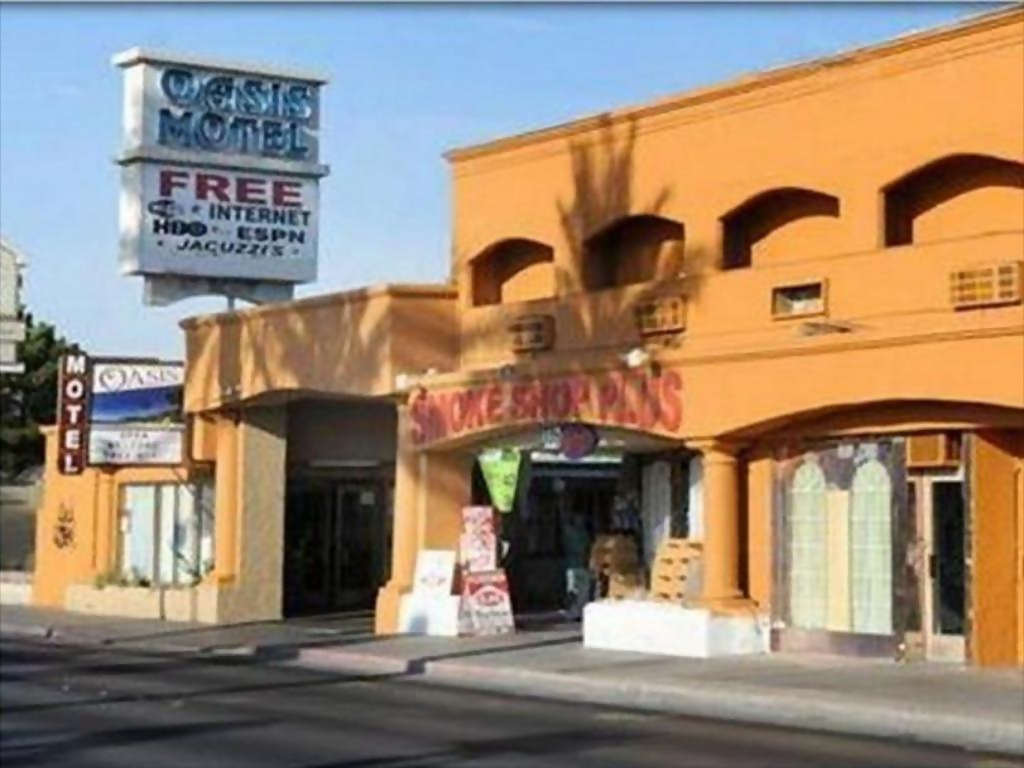 The location is revealed to be 1731 S. Las Vegas Boulevard #1301. Specifically, the motel is located near the Gateway District neighborhood of Las Vegas. There is however, a hotel and casino in Mesquite, Nevada with the same name. There is also a place in Las Vegas known as the Oasis at The Gold Spike. Neither of these places should be confused with each other nor may be of any relation to the Oasis Motel (the subject of this article). The early roots of the Oasis Motel can be traced back to the early 1950s.

The motel was once named the Em-Le Motel. It was said to be built sometime after World War II as the city began its efforts to build Las Vegas into a popular tourist attraction. At some point in the motel’s history or change in ownership that the name changed to Oasis Motel. Even today, it seems to have a sordid history that has seen countless numbers of criminal activity take place over the years.

Despite prostitution being legal in brothels only in the State of Nevada, activities outside of the brothel itself and in motels like the Oasis have occurred in such alarming numbers that the Oasis itself was subject to a temporary closure in 2012. It has since been reopened and still attracts visitors to this day. Especially those searching for a cheap room for a few nights so they can check out the endless amounts of gambling, entertainment, and everything in between. But if you are hear for the paranormal activity, chances are they are never in short supply here in the place they call Sin City.

Hauntings At The Oasis Motel

The Oasis Motel may be hard to spot due to the building blending in with all kinds of pawn shops, stores, and some bail bond offices. But the Oasis can easily be picked out of the lineup of what could be the most haunted place on the block. The Oasis was the subject of two separate deaths involving notable people. The first was world famous poker player Stu Ungar. Ungar and actor David Strickland. It was said that both Ungar and Strickland were found dead in the same room, but only months apart.

Let’s take a quick look at both Ungar and Strickland and how they arrived at their untimely conclusion at literally the same place. 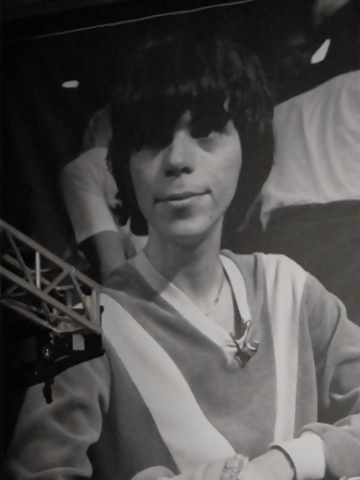 Stu Ungar might have been considered the greatest poker player of all time. In fact, it might be added that when it came to gambling, no one did it better than Stu himself. He started out at a young age growing up in New York City, against his parents wishes for doing so. Ungar’s father ran a gambling establishment up until his death in 1967. With his father’s passing and his mother suffering a debilitating stroke soon after, Ungar began to make a name for himself in the underground gambling seen. Before reaching the age of 18, he had already won big in games like gin rummy, poker, and blackjack.

Ungar later befriended a mob boss by the name of Victor Romano. Ungar would later consider Romano a mentor and a father figure to him and credited him for some of his success as a professional gambler. He would often have an arrogant attitude and would often trash talk his opponents whenever he was playing professional poker.

Unger managed to secure two World Series of Poker championships in both 1980 and 1981. In an interview a year before his death, Ungar stated that the 1980 WSOP tournament was the first ever poker tournament he took part in. Ungar was also known for being the youngest poker player to ever win a WSOP tournament, winning at the age of 27.

Ungar had long been a fixture in the Vegas gambiling scene. He had initially visited Sin City after his mother’s death in 1979. Around that time, Ungar began a dangerous addiction to various drugs including cocaine. It had gotten so bad that in 1990, Ungar would eventually lose out of the WSOP tournament having been found earlier in the day unconscious in his hotel room. However, he finished ninth and walked away with $25,000 in prize money.

Ungar was facing financial problems well into his final years. It was said he owned hundreds of thousands dollars in total debt. Most of Ungar’s winnings were mostly spent on drugs and sports betting. It was said that Ungar spent the last months of his life living in and out of hotel and motel rooms throughout Las Vegas. His final place of residence was none other than the infamous Room 20 of the Oasis motel. On November 20, 1998 Ungar was found dead in his room at the Oasis Motel of what may have been a drug overdose. However, an autopsy report showed that very little drugs were found in his system, but was not enough to directly cause his death. The cause of death was likely brought on by his long-term drug abuse. 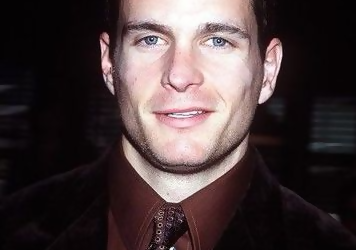 David Strickland was an actor that had played in minor movie and television roles. However, his breakout role would be the only major one he had in his short-lived acting career that ended due to his death. Strickland played Todd Stities, a rock music reporter in the television series “Suddenly Susan”.

Off-screen, Strickland had struggled with drug and alcohol issues along with bipolar disorder. He had stopped taking Lithium to control his bipolar just days before his death. After partying in Las Vegas with fellow actor Andy Dick, Strickland checked into the Oasis Motel where he would eventually hang himself using a bed sheet. He was found dead in the early morning hours of March 22, 1999.

While Room 20 of the Oasis Motel may be one of the most notable places for hauntings. The grounds close by the motel might also be a place for where paranormal activity has said to have occurred. All you have to do is just go down the road about a half mile to see the Stratosphere Tower. 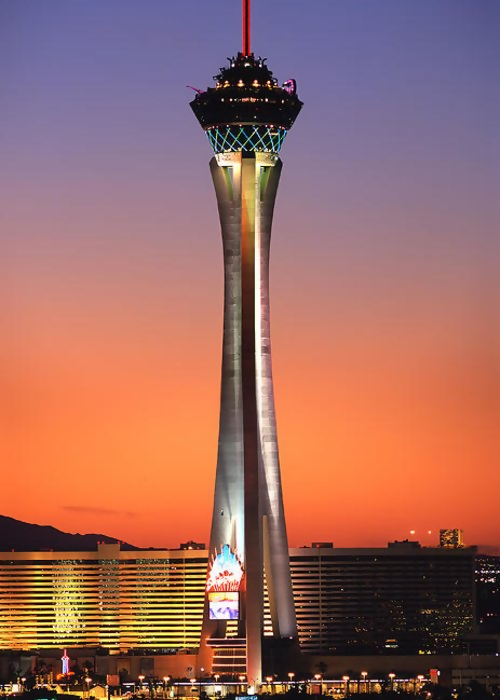 Not far from the Oasis Motel is one of the tallest buildings in Las Vegas. The Stratosphere Tower Hotel and Casino is known for having a tower that stands well over 1,150 feet in height. Between the years of 2000 and 2007, five people have jumped to their deaths via the tower’s observation deck. The tower and the Oasis Motel are no less than a mile apart from one another. Since they seem to be in close proximity, it should come as no surprise that most of the people passing through might feel some eerie, creepy presences lurking about. Of course, that’s to be expected in a city that was known at one point as the “Suicide Capital of America”.

The Oasis Motel may still be around after so many years and witnessing so many grim, unfortunate events. While it may not be one of the most attractive places to stay at, it might be a place worth taking a look anyways if you are in search for some good old-fashioned paranormal adventures.