The Little Choo Choo Daycare was located in Las Vegas, Nevada. While it was a place of childhood innocence and fun, it was the site of some of the most unfortunate events. Today, the land where the daycare was located is now a vacant lot. As custom with some vacant lots, there is probably a story about what stood there before. This vacant lot located outside of the hustle and bustle of the Las Vegas Strip is said to be one of the most haunted places in the city. You will learn the story behind the Little Choo Choo Daycare and the unfortunate events that have occurred that tie into the stories of paranormal activities witnessed and recounted by residents and even visitors of Las Vegas. If you are a fan of ghosts, paranormal activities, and everything in between this might be the place to check out if you are in Vegas. Not too many people have a good reason to visit a vacant lot. But after reading this, you just might have one.

The History Of The Little Choo Choo Daycare 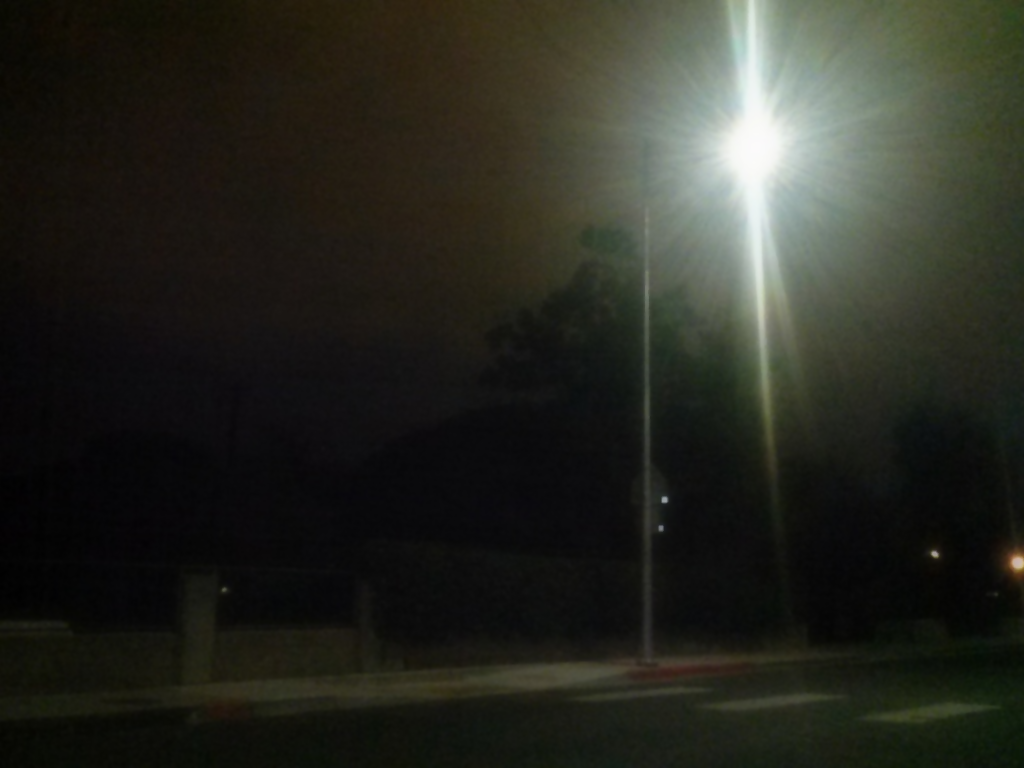 It is unknown when the Little Choo Choo Daycare was first opened. But the location is said to be on 3355 Wynn Road in Las Vegas. If you go to the address today, you will notice that there is no building. It is indeed a vacant lot. However, a house stood here at some point belonging to an unknown resident. At some point in time, the resident may have sold the house to a new owner before the inception of the daycare itself. Little to no details are known other than what some longtime residents can recall seeing in this part of Las Vegas. Considering this is situated in a suburban neighborhood, it can be assumed that this was just another house on the block.

However, the sordid history can only be told by many residential accounts. While this part of Vegas is not often frequented by tourists, the stories of the Little Choo Choo Daycare hauntings are usually known to locals that live in the Las Vegas area.

A Series Of Unfortunate Events

The Little Choo Choo Daycare site is said to be haunted by two apparitions. One of them is said to belong to an unidentified black woman who might be seen wandering around the lot. One local recalled seeing here only to disappear into thin air just moments later after looking away for a quick second. The woman’s specter might be linked to one of the teachers who might have committed suicide while on the job at the daycare. It was unclear when it exactly happened.

One resident that lives near the former daycare recounted the story of another specter making an appearance from time to time. They described it as a little boy appearing to be digging into the ground with a toy shovel or bucket. Unlike the woman, the boy’s specter can be seen either during the daytime or nighttime hours (depending on who might be nearby). Another tragic event that occurred at the daycare was when a toy train ran over a little boy and eventually crushed him to death. The train was said to bear the namesake of the daycare itself. As a result of the tragic event, the daycare abruptly closed its doors and later crumbled to the ground due to abandonment.

Despite the known address of 3335 Wynn Road, some residents and paranormal experts believe that it may have been the wrong address. In the neighborhood close to this address are many places of business including the Desert Inn and Ryan Mechanical, which the latter opened its doors in 1996. The reason for the dispute is compelling enough. For one, how can a daycare be located in the middle of an industrial area? So it would make sense if the daycare was located in a residential area just a not far from the Wynn Road address.

One place of interest in the neighborhood is the Hyde Park Middle School, which is about a few miles away from Wynn Road. It is said that at one point in time, a daycare was located either on the grounds or near the school itself. In a bizarre twist, even some students and faculty at the Middle School had recalled some unusual, if not, eerie feel to it. Even some have reported seeing the ghost of a young boy playing on the playground with a toy shovel in hand. This apparent sighting had also lead to those appearing to challenge the actual location of the daycare.

Since the school grounds borders a residential area, it might have been likely that the Choo Choo Daycare may have stood here at one point in time.

Urban Legend Or Did It Really Happen? 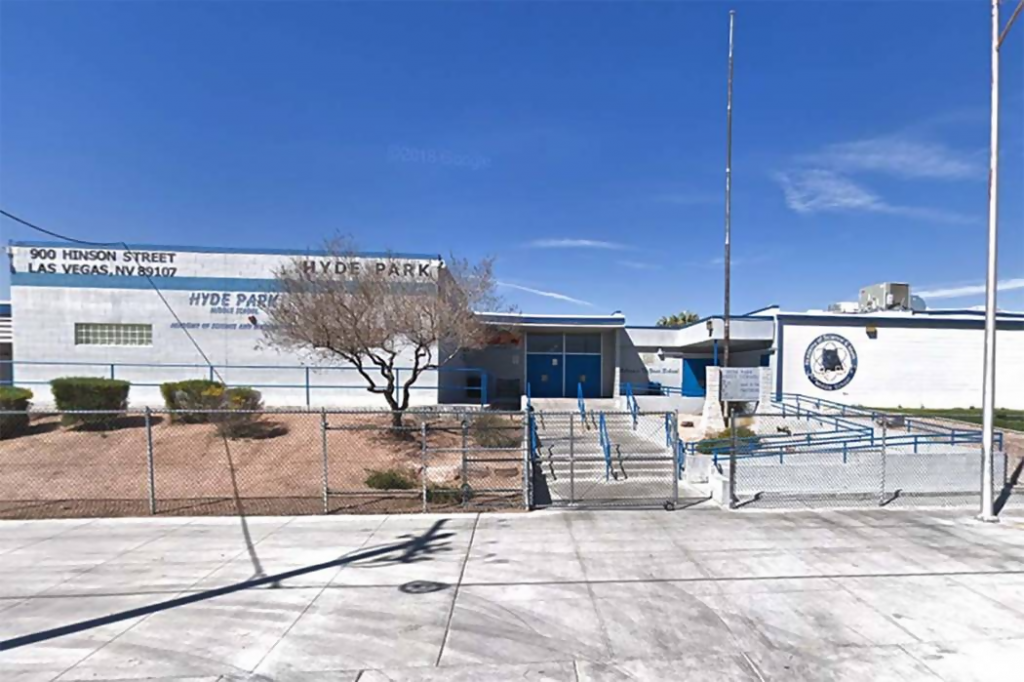 While some tragic events can be verified, the possibility of paranormal activity at a place where tragedies occur is likely. However, there have been no known news stories that date back in recent memory regarding either of the alleged tragic events (the teacher’s suicide or the child’s death). The lack of information might be the reason why residents in the area may have dismissed this as some urban legend or something that may have never existed. Considering that there was no exact timing of when the daycare was originally open or when it closed according to residents, this also makes the details a little bit sketchy.

However, aerial shots of the specific area near Hyde Park Middle School shows a house that was located near the school itself. The house was said to have stood at some point between the 1960s and the 1990s. The home appears to have been demolished since.

Considering the timing, the tragic events may have occurred at a time when the Internet had yet to be accessible to the entire world. The only time such news could be reported would have been by way of newspapers, television, or radio. Because of this, it makes it a lot harder to know when exactly these tragic events happened. At that point, the only way this can be determined whether or not if it happened is for someone to gain access to the local newspaper archives. Local libraries will likely have a microfilm archive of the Vegas area newspapers that date back through the years and decades. If you are more of the researcher type, a trip to the library in Vegas might be a must if you want a break from all the gambling, entertainment, and specter sightings you can handle.

On one of the blog posts regarding the Little Choo Choo Daycare tragedy, a commenter named Shaun Heinen reportedly recalled being a student at the Hyde Park Middle School when he was young. He also claims that he once was a regular student at the daycare itself. He believes that the teacher’s suicide had occurred while he was a student at Hyde Park. However, one user commented a few months later claiming that Heinen himself had committed suicide near the same area of the school on October 16, 2016. Since no known verification confirms this, it might be assumed that the story of Heinen’s possible death may just be a made-up story.

However, on the site itself, there have been more commenters that have stated that the daycare did indeed exist. To further confirm what was mentioned earlier, the tragic events that have taken place may have happened in a time when the news was accessible in the pre-Internet days. Even some were former students of Hyde Park that had claimed to have once snuck into a vacant home that was located near the school, only to discover that things like desks, papers, and even a few toys were left abandoned. Some have called the experience “creepy”. It was also once said that students that snuck into this abandoned building would be subject to punishment by school officials.

Is It Still Worth Going There?

If you are a paranormal tourist that intends to travel to Vegas, this might be a question that is worth asking. Despite the major disputes between the location where the daycare stood and when the tragedies happened, it might be worth checking out the area. Especially in the location near Hyde Park Middle School. Considering that there is more concrete evidence of that area being the actual location of where the Little Choo Choo Daycare stood, it might be a good place to walk around safely at night to ensure that you may encounter some eerie feelings or presences.

While it may not be a good idea to wander around an unfamiliar residential area, doing so during the day or night without looking a bit suspicious might be a possibility. However, when in doubt, you probably shouldn’t.

The Little Choo Choo Daycare might have existed at some point in time. But the tragic events that may have occurred continues to be an urban legend to this day. While there might not be any information that may come to light soon, it’s important to take whatever you hear about it with a grain of salt.